How Do Rust Preventive Oils Benefit Your Industry?

Rust is a term industry owners abhor. It forms on metals when iron in them gets exposed to oxygen and moisture. Rust and corrosion cause unsavory outcomes to businesses by damaging sensitive components and products. That is why you need to use rust preventive oils.

Why Is Rust Bad News for Your Industry?

Before diving into rust preventive oils, do you know why you should do everything possible to prevent rust in your company and properties? The first reason is, rust gradually weakens metals and mars their surfaces.  And, at its most progressed stage, it affects items and equipment to the extent that you cannot discern the iron underneath. That makes any rusty products unusable, especially in applications with high health standards. Furthermore, as metals corrode, they lose their functionality. Therefore, if they are components in a system, the entire system will eventually be affected and operate erratically. That leads to inefficiency and ultimately undermines your industry's performance. Besides, bacteria known as Clostridium tetani, which is often present on rust-filled objects, causes tetanus. The infection occurs when the rusty object in question penetrates through the skin, causing a deep open wound that bacteria use as an entryway into your body. Rust poses a risk to your equipment personnel's health.

What Are Rust Preventive Oils?

Sometimes, keeping iron products like car rims from the elements and their effects is tricky. And especially so when their use forces them to be outdoors for extended periods. Besides, you may also find no long-term reprieve in typical paint coatings. In that case, the only ideal solution is to use rust preventive oils. Rust preventive oils create a coating that prevents metallic parts from directly containing corrosive substances and agents that initiate rusting. These oils are categorized into solvent-based and water-based rust preventive oils. You can directly apply solvent-based rust inhibitors without diluting them, but water-based agents need immersion and spraying application techniques to be effective.

You can use rust preventive oils in numerous applications, including:

Suppose your industry deals with semi-finished metallic parts that often require storage for significant periods before proceeding to the subsequent processing stages. In that case, you need to ensure rust isn't going to be a problem. By smearing rust preventive oils on the products, they will come out of your industry without a trace of corrosion.

2. Prior to transporting finished metal parts

The shipment of metallic products comes with real threats, including extensive corrosion. That is why reputable manufacturers always dip any susceptible goods and metal components in rust preventive oils before transportation begins. That guarantees their safe transportation to their destination in pristine condition.

Your automobile serves you well for longer if you take good care of it. That means observing maintenance and taking it for regular professional inspections. Undercoating using rust prevention oils is one of the essential maintenance solutions you need to protect your vehicle's floorboards, wheel wells, and frame from rust and corrosion. 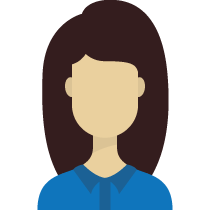 As a business owner, it isn't always easy to find where your company is losing money. However, one quarter, after a slew of accidents, I decided to focus on our backroom. I realized that our staff didn't have the proper safety equipment to get the job done, so I focused on making safety a priority. I invested a lot of money and time into getting the right equipment and training my staff how to use it, and it has more than paid for itself. My blog is for every business owner out there who might be struggling with safety. Check out these articles to help keep your company afloat.